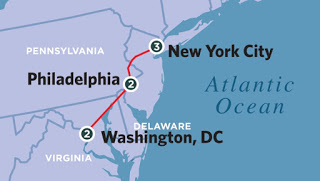 Since the advent of Sports Betting the coverage of the New York, Washington DC and Philadelphia markets are essential to prognosticators. So I will expand with my Gaming Guy News minutes into the 3 top cities on the East Coast. 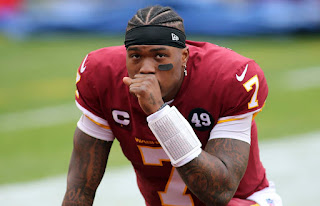 Washington Football stunned the fan base and media by cutting Dwayne Haskins from the team. This season has not been very good statistically for the 1st round pick of 2019. He had 5TD and 7 interceptions this year with a rating of 73. Haskins had 5 fumbles and was sacked 20 times. He was receiving more attention for his off the field actions that resulted in him losing his captaincy and being fined 40,000 for violations regarding COVID protocols. He was not claimed on waivers but there is interest around the league. Expect him to be in some NFL camp next summer.

The Eagles are eliminated from the playoff picture after losing to the Cowboys. They play Washington on SNF. If Washington wins, they clinch the division. The Giants play the Cowboys earlier in the day. The winner of that game makes the playoffs if the Eagles defeat Washington. Washington Football is favored by 1.5 and the over/under is 43.5 The Cowboys are favored by 3 with a total of 44.

The Nets lost Spencer Dinwiddie for the remainder of the season due to a partial torn ACL.  They are extremely deep, so expect Landry Shamet and Caris LeVert to get more minutes. Earlier this week, Kevin Durant and Kyrie Irving sat out because of back to back games. This is something to expect with the shortest off season in NBA history. Here is a sports betting minute that will help you wager on the NBA.

On Tuesday, the Sixers beat the Raptors 100-93. Joel Embiid lead the team with 29 points and 16 rebounds. They play again on New Year's Eve against the Orlando Magic. Sixers should be a slight favorite.

The Knicks are playing inspired basketball and have won two straight.  They demolished the Bucks by 20 and proceeded to beat the Cavaliers 95-86. Julius Randle had a triple double with 28 points,12 rebounds and 11 assists. They play the Raptors on New Year's Eve on the road. Raptors should be favored by 7 to 9 points. 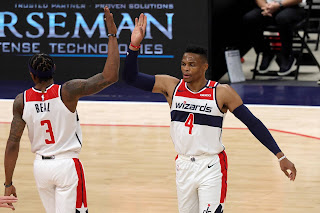 The Wizards are off to a disappointing start of 0-4 with 3 of those losses coming at home. Russell Westbrook and Bradley Beal have played well but the team is not strong defensively.  Beal is averaging 32 a game and Westbrook flirts with a triple double every game. Expect the Wizards to handle the Bulls in the 2nd game of a back to back.

The sports betting action in New York is being done with Meadowlands Racing and Entertainment at the PointsBet Counter. The hours of operation are 11-6 PM, seven days a week. They are not open on holidays. If you are in New Jersey, you can do live and traditional pre match betting via mobile app. PointsBet has received accolades for their unique weekly promotions.